NodeMCU 101 - Things You Need to Know 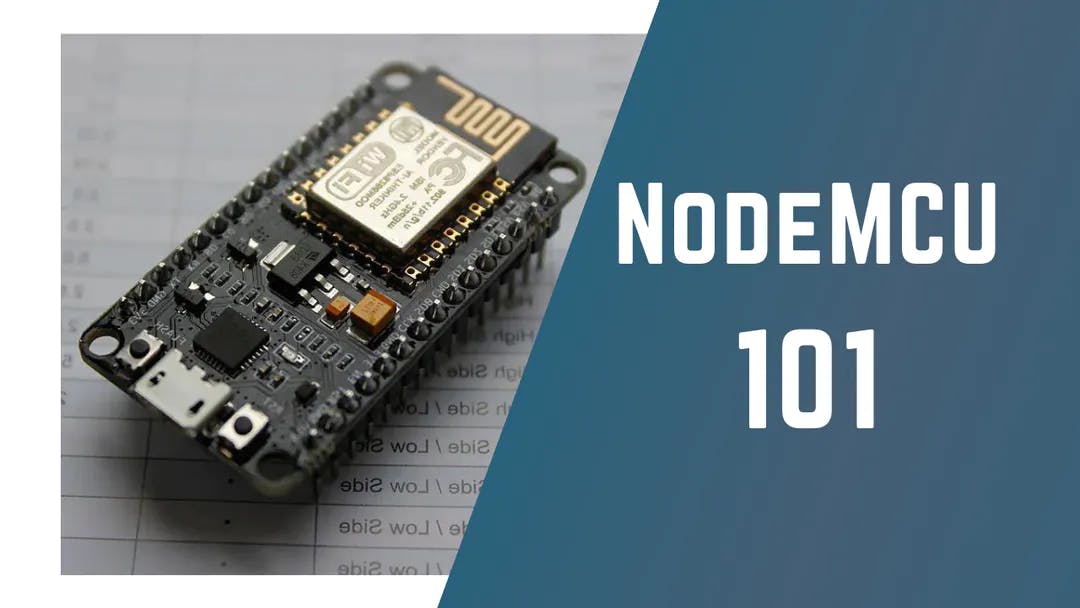 NodeMCU is an open-source platform that enables users to create IoT applications. NodeMCU devices are based on the ESP8266 chip, which includes a WiFi module that can be used to connect to a network. NodeMCU devices are popular because they are easy to use and have a low cost.

There are two types of NodeMCU boards:

Note
NodeMCU is a 32-bit microcontroller.

The main components of NodeMCU are:

A sample of blinking LED in NodeMCU is shown below in multiple languages:

Lua: Programming in Lua for NodeMCU is like Node.js. Lua is asynchronous and event driven.

Micropython: Micropython is a software implementation of Python3. It's written on C and optimized to run on a microcontroller.

Arduino IDE is an open-source IDE developed by Arduino. The Arduino IDE can be used to write programs for lots of microcontrollers including Arduino Boards, ESP8266, ESP32, Adafruit Boards, and Pi Pico Boards.

Comparison Between NodeMCU and Arduino UNO

Although both NodeMCU and Arduino UNO can be used in IoT development, they have lots of differences. Some of their similarities and differences are as following:

Similarities between NodeMCU and Arduino UNO

There are a few similarities between the NodeMCU and Arduino Uno. Both boards use a microcontroller, which is a programmable chip that can be used to control electronic devices. They also both use the Arduino IDE (Integrated Development Environment) for programming. The Arduino Uno has a few more capabilities than the NodeMCU, such as the ability to use shields, which are add-on boards that can provide additional functions, such as motor control or wireless communication. The Arduino Uno also has more input and output pins than the NodeMCU.

Differences between NodeMCU and Arduino UNO